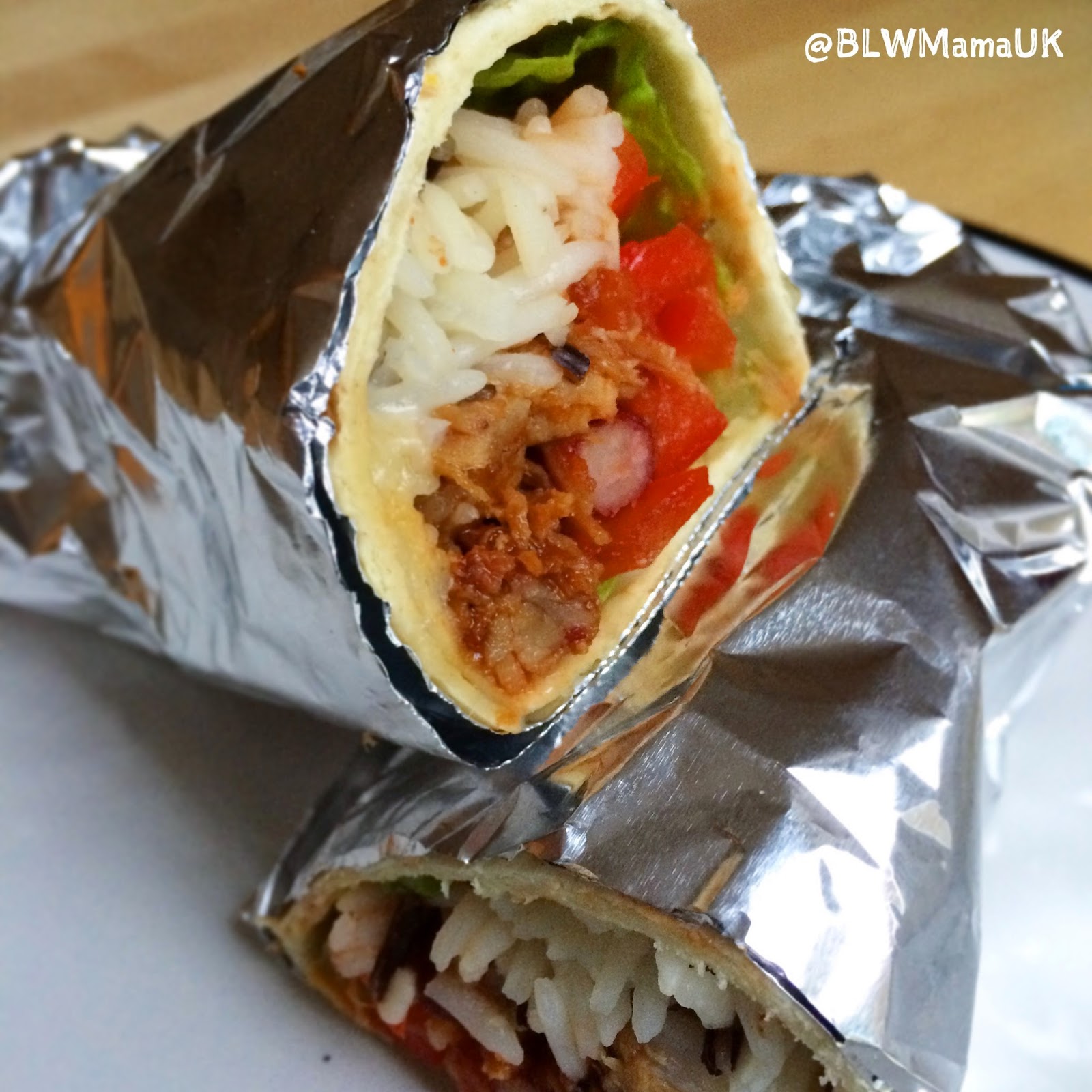 Mmmm, Mexican food! I was pretty spoiled for choice this week because I love this kind of grub. Old El Pasa fajitas tend to make an appearance in our house when I'm having a lazy chef moment but still fancy something tasty with plenty of veggies. Although I was tempted to make a baby-friendly version of this old fave it's something I've done before so I chose to mix it up with a new dish - pulled pork burritos.

I roasted the pulled pork at the weekend so kept some aside knowing I had burritos on the menu later in the week. This is a great one for using up whatever leftovers you have; chicken, beef or pork would work just as well. Same deal for the veg, you can't really go wrong once it's wrapped in a tortilla. Go nuts! 
METHOD:
1. Put the rice in a pan, cover with boiled water, add the 1/2 tsp of cumin and simmer until cooked (mine took 25 mins), then drain and set aside.
2. Empty the tomatoes, rinsed kidney beans, spices (including the other 1/2 tsp cumin), soy and oregano into a pan.
3. Bring to the boil and simmer for around 10 minutes until the mixture has reduced slightly.
4. Take off the heat, mash slightly with a fork and leave to cool
5. Slice the pepper into thin 'sticks' and set aside
6. Warm the tortilla wraps in the microwave for 30 seconds (it helps them bend)
7. Take a deep breath - you are ready to roll your burritos! :)
8. Lay out a sheet of foil, slap a tortilla on top, then a lettuce leaf.
9. Add a couple of spoonfuls of rice, bean mixture, some pork, and 4-5 peppers
10. Sprinkle a little cheese and some chilli flakes on top then carefully wrap the whole burrito into a sausage shape using the foil the seal it together at both ends.
11. If the filling has cooled too much, pop the burritos in the oven for 5 mins to warm through.
12. Serve (roll the foil down as you eat to stop it falling apart).If you have extra filling, just stick it on the plate as well. 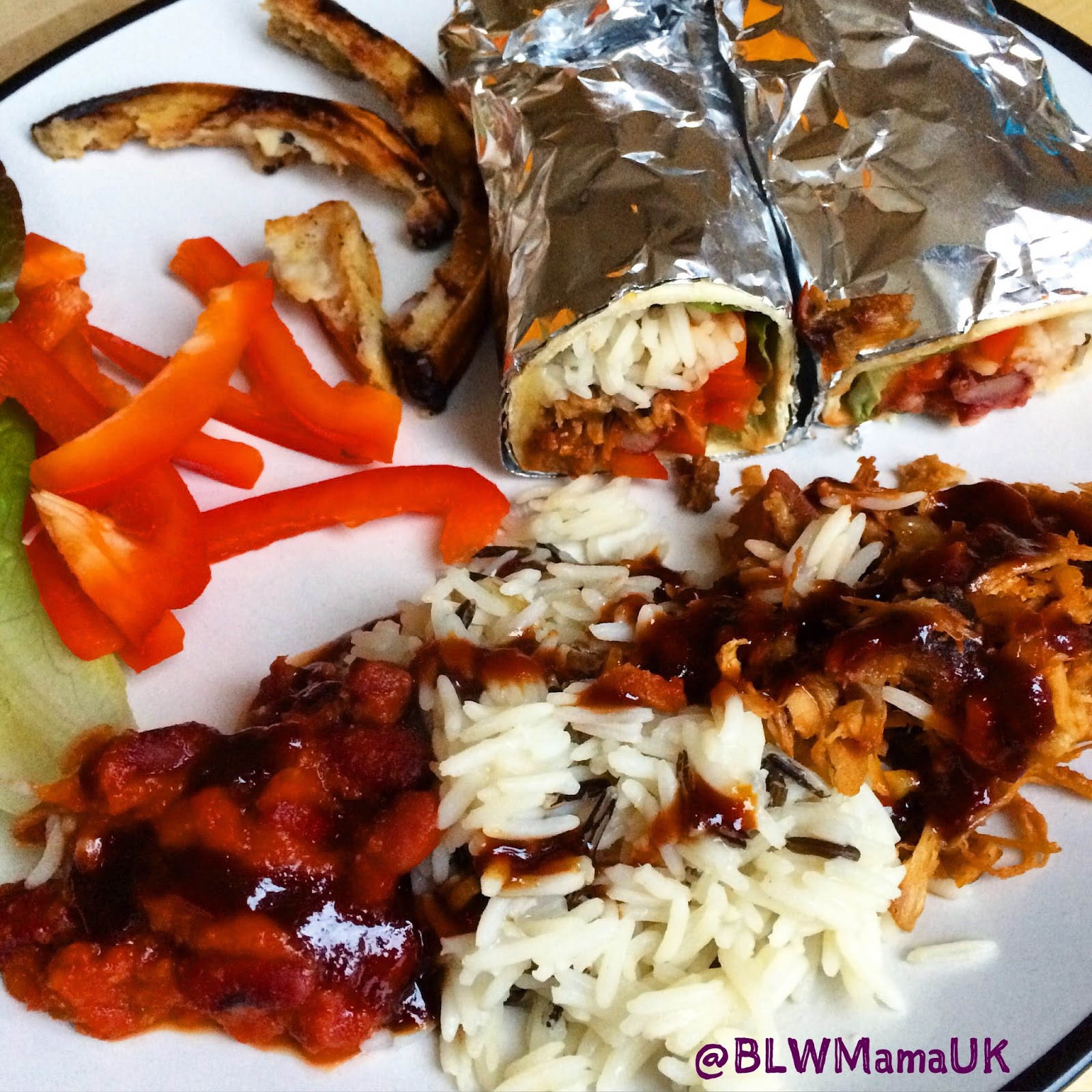 Note - young children will need the foil removing for them. I served Little Dude a de-constructed version of the burrito with all the separate parts laid out on his tray for him to explore but it coulsd just as easily be cut into slices for a baby or toddler. The photo on the right shows the version for myself and Mr BLWMamaUK. It looks a bit like an explosion in a burrito factory but boy, was it good!

Don't forget to check out what the rest of the #InstaWeanTeam made for Mexico Week by visiting our Facebook Page.
Posted by BLWmamaUK at 12:25

BLWmamaUK
Mama to a Little Dude who hates the spoon! No gimmicks, just real food for real mums. NOTE - I am NOT an expert or health professional, just a mama sharing my own experiences and ideas.